The Protective Effect of Humates 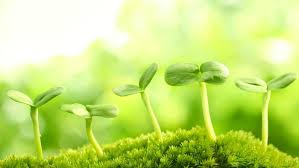 The increase in ionized radiation and pollution of our environment with herbicides, pesticides, heavy metal compounds, and other toxic mutagenic and carcinogenic substances presents a real danger to living organisms today and their progeny in the future.  Considering the soil pollution by water soluble heavy metal salts in the industrial regions and the long-term excessive use of mineral fertilizer, pesticides, and herbicides in agricultural regions, the crops, particularly vegetables and root-crops, accumulate excess amounts of harmful admixtures.  That is why the creation of pure agricultural technologies is one of the most important tasks of our time.

The protective effect of humates develop in the following directions:

Long-term research showed that humic substances bond many organic and non-organic substances into poorly soluble or insoluble compounds, which prevents their penetration from soil into subsoil waters and growing plants.  It reduces the toxic effect of residual amounts of herbicides, soil polluting radio nuclides, heavy metals, and other harmful substances, as well as radiation and chemical contamination.  Tests showed that even after 50% affection of the plant, its vital functions are completely restored due to the humic preparation effect.  This unique quality of humates is particularly important for the regions in Russia, Byelorussia, and Ukraine that are contiguous to the Chernobyl region.   In the future it could be used to gradually restore contaminated land.

Modern floriculture is not possible without the use of different chemicals necessary to fight weed, pest, and plant disease.  It is widely known, however, that the use of those chemicals causes a number of negative effects due to their accumulation in the soil.  The infamous fact of DDT accumulation led to its complete banning.  However, DDT appearance still occasionally occurs in crops.  Science proved that sodium humate reduces the damaging effect of the pesticide atrazine by increasing its decomposition, which leads to an increase in the crop capacity of barley.

The use of humates in zones of risky agriculture is particularly important.  Unfortunately, most territories of Russia can be considered risky.  In the south, the humates help to fight the effect of droughts, since it has been established that the humate treatment of plants ensures their drought resistance.  In Siberia and in the north of Russia, humate treatment can save the plants from late frosts.  In the 1960s, a corn crop was saved by colleagues of Irkutsk university, after an unexpected frost.  In 1996, in the Angarsk region, a strong frost happened on the 19th of June.  The parts of the potato fields that had been treated with the humates were the only undamaged parts.